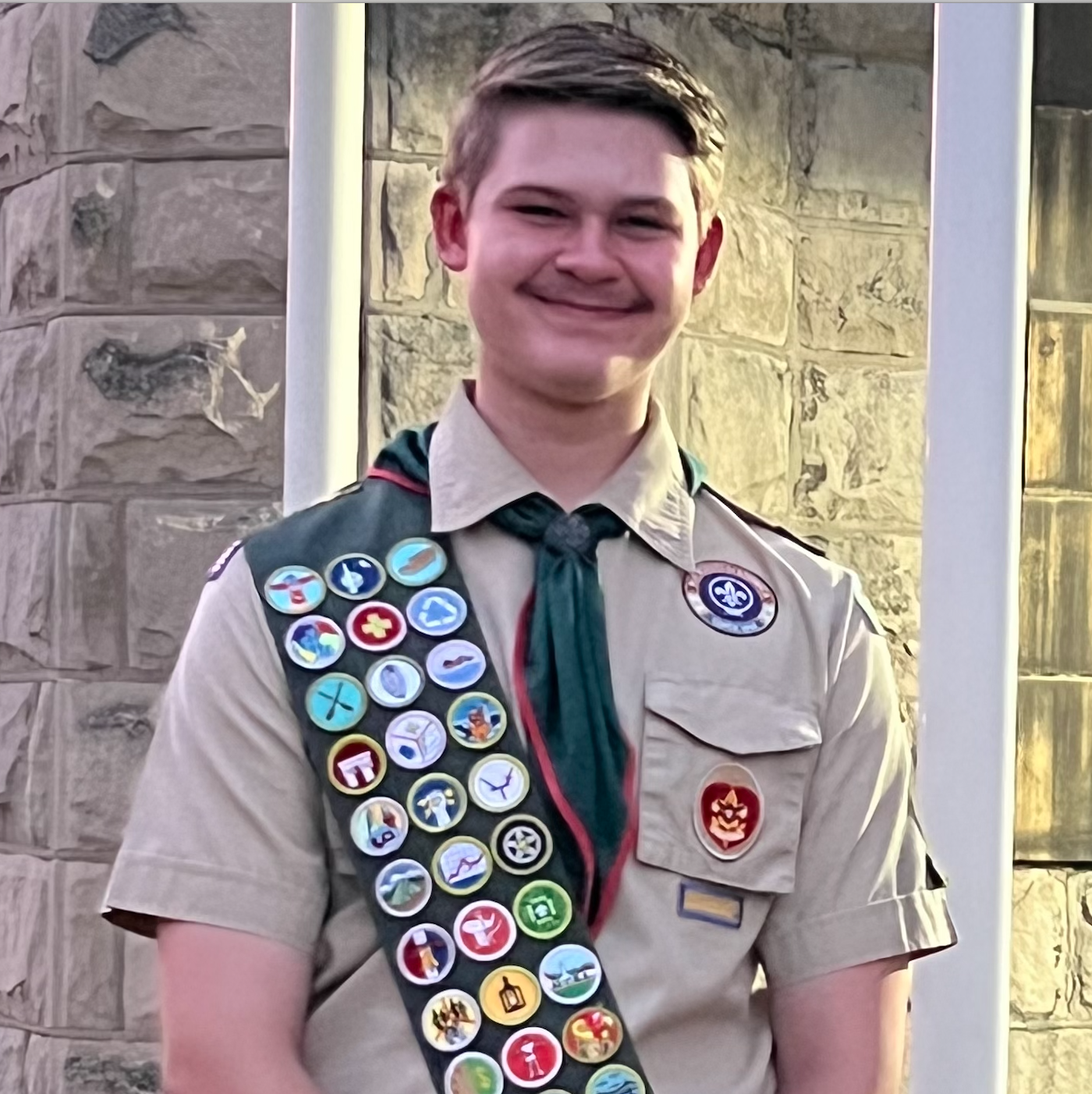 Eagle Scout Antonio Alessi was recognized at his Eagle Scout Court of Honor held on December 3, 2022 at Dryland United Church of Christ in Nazareth, PA.

The formal ceremony started with the presentation of colors performed by Antonio’s Troop 76 and opened with an invocation performed by Shane Serrao. The ceremony was led the Bernard Marth, Antonio’s Eagle Scout Coach and officiated by Scoutmaster Gerald Eldridge. Dignitaries included Nazareth Mayor Lance Colondo along with the beneficiary of the project, Nazareth Area Food Bank, represented by president Nancy Madara and retired director James Byrnes. 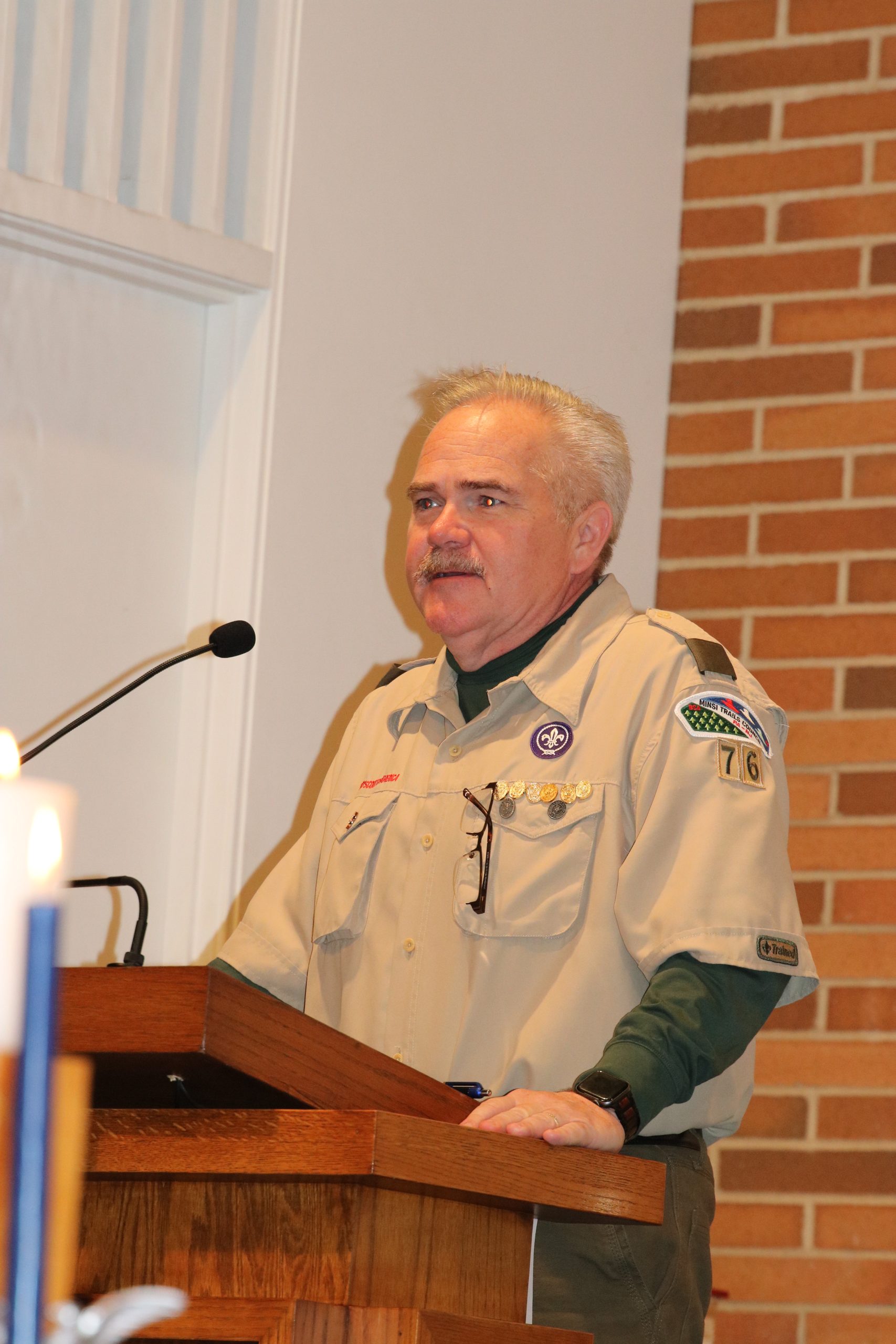 Mr. Marth, representing the Boy Scouts of America, summarized the finding from the formal Board of Review, “Antonio has been a committed scout throughout his 12-year scouting career, balancing scouting, academics, church, and family. Antonio is driven to succeed and has done so in all facets of his life. 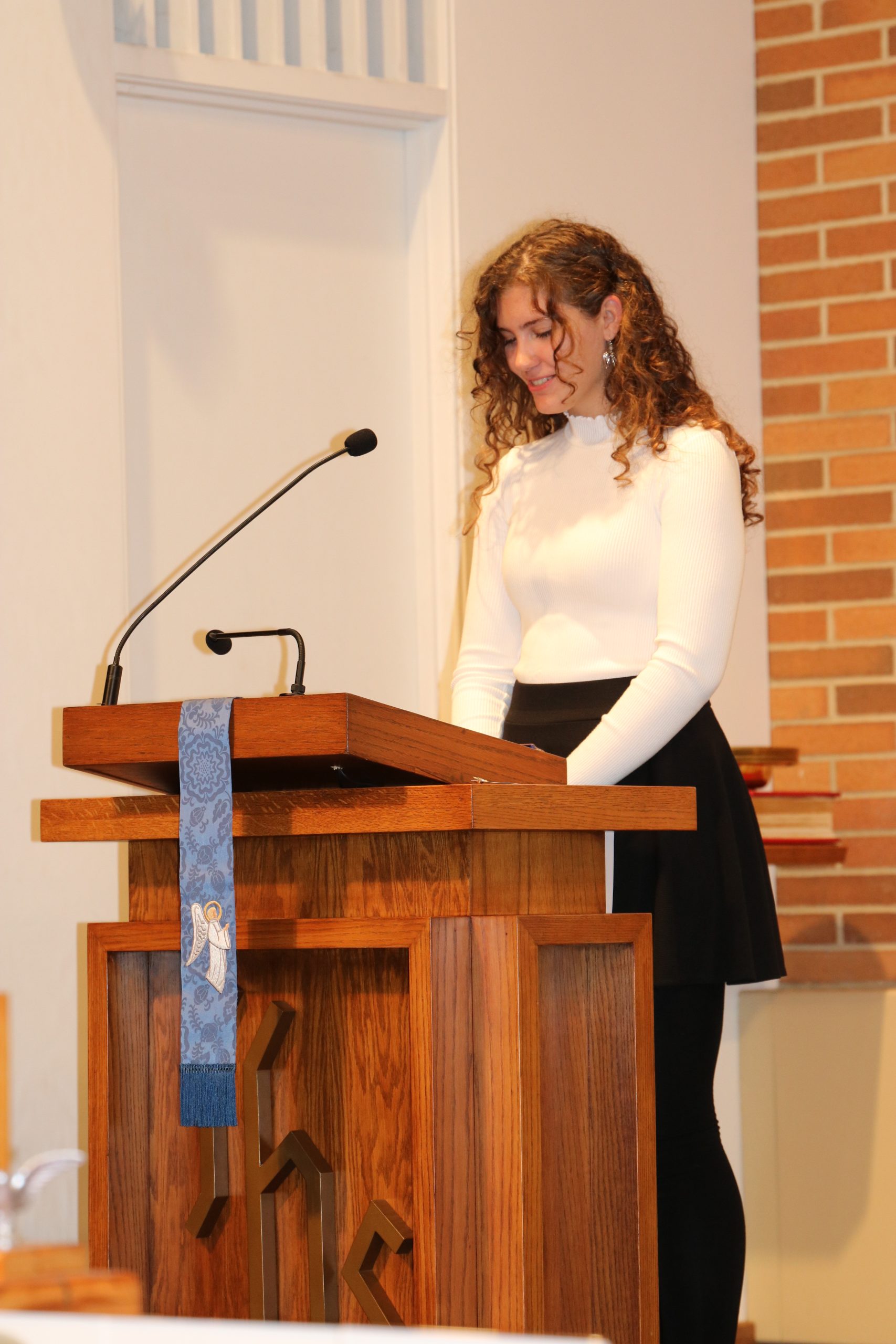 Antonio’s Eagle Scout Project is the PopupFoodDrive program to benefit the Nazareth Area Food Bank and beyond. The website was founded to give people the training and tools necessary to host their own food drive at a time and place convenient to them, their friends, or their affinity group. The goal is to increase awareness, donations, and expose people to volunteering opportunities at Food Charities. Antonio’s project is designed so it lives on through others.

Mr. March continued, “The Eagle Scout badge is recognition of the National Court of Honor, presented through the local council and local court of honor. Not every Scout, can qualify for the high rank of Eagle because: 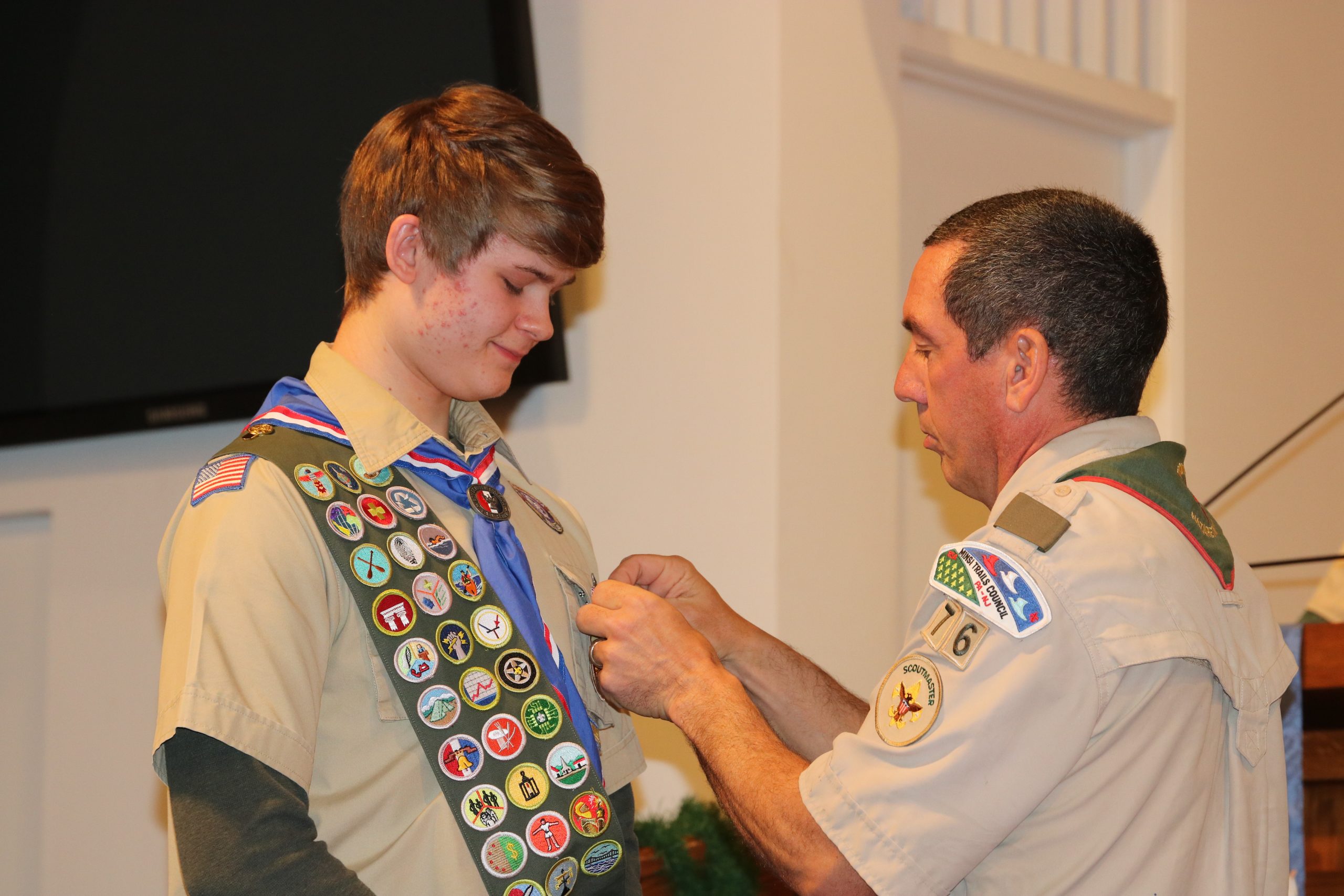 Antonio Alessi being pinned with the BSA Eagle Scout Ribbon by Scoutmaster Gerald Eldridge at Antonio’s Eagle Scout Court of Honor held on December 3, 2022 at Drystone United Church of Christ in Nazareth, PA. 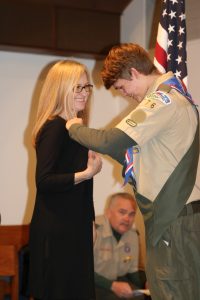 The ceremony continued with Antonio recognizing the support of his parents, Ann and Eric Alessi, with Eagle Scout Parent Pins, while his twin sister Olivia read An Eagle Mom’s Poem and An Eagle Dad’s Poem.

Antonio used the opportunity to recognize individuals who guided him and helped them along his path to Eagle Scout with a mentor pin. Antonio state “There have been a number of people that have been a significant part of my scouting journey and instrumental in my success.” 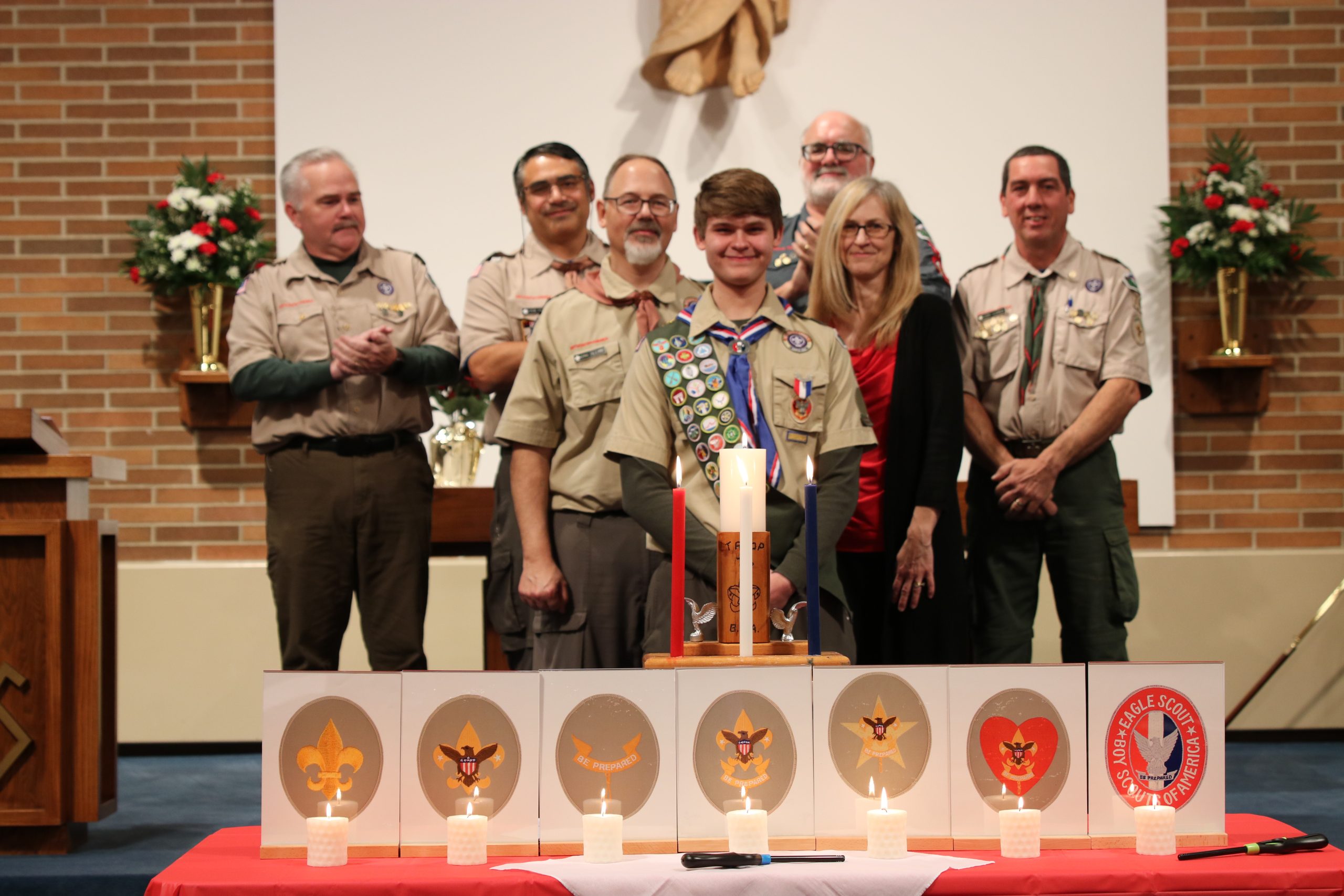 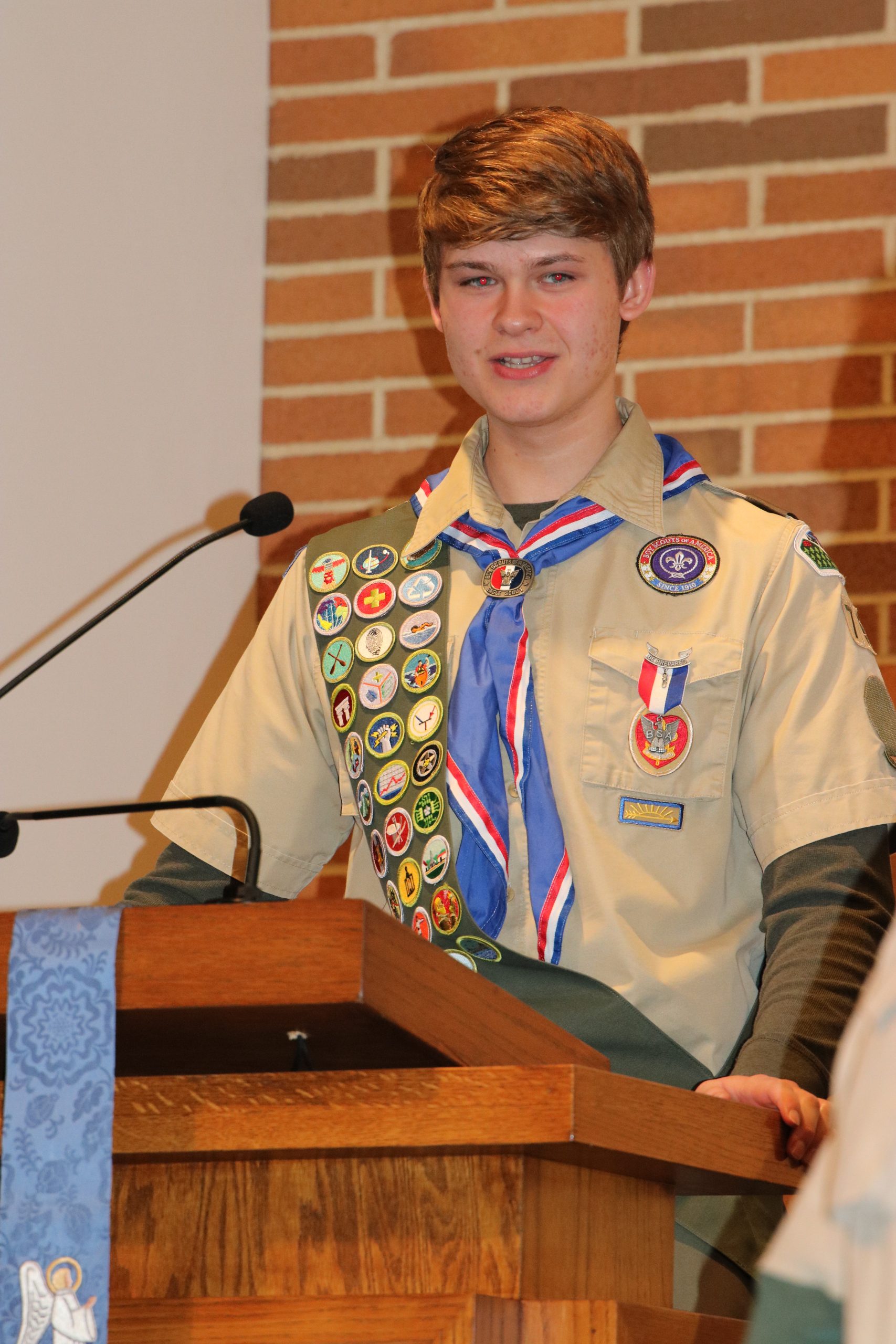 Antonio stated, “I couldn’t have realized my vision without a team of volunteers that generously donated their valuable time. So, in addition to my parents and mentors, I would also like to thank and recognize everyone in Scouting, mostly from Troop 76, that made my project a success.

Lastly,” Antonio concluded, “I want to thank Nancy Madara, President, and Jim Byrnes, retired Director, of the Nazareth Area Food Bank who took the time to meet with me and believed in my vision. 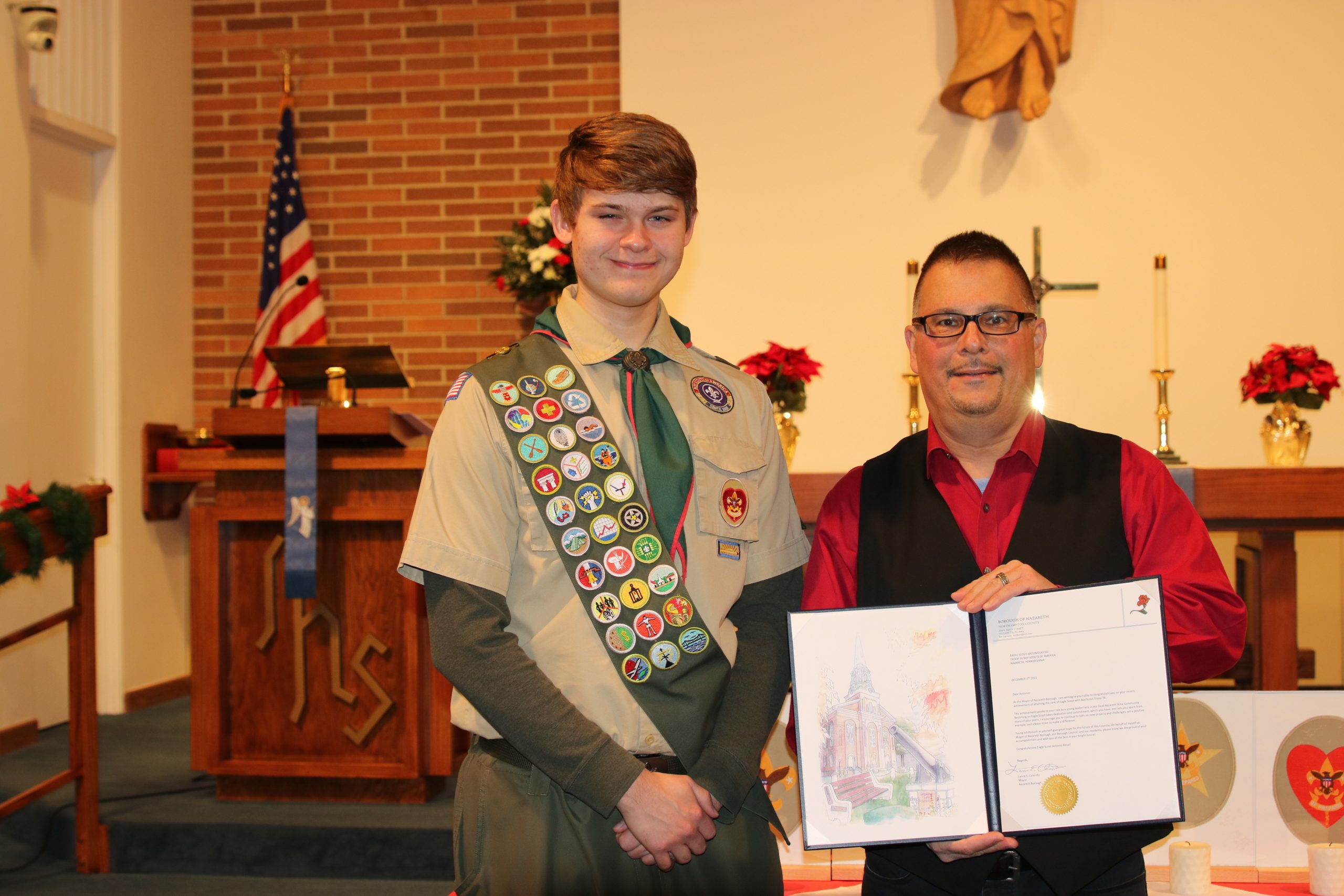 The ceremony ended with a reception and dinner hosted by Antonio’s family.